Instant Pot Ham and Cheese Egg White Bites are a healthy and delicious breakfast omelettes. They are great to have on hand for a quick snack. Freezer-friendly and easy to meal prep on the weekend.

This post contains amazon affiliate links which means if you make a purchase after clicking one of those links, I will receive a small commission. As an Amazon Associate I earn from qualifying purchases.

A few weeks ago I had some leftover egg whites from making Instant Pot Almond Cherry Cake. I didn’t want to make yet another cake so I decided to make Instant Pot Ham and Cheese Egg White Bites.

Egg bites are basically little omelettes or fritattas made in a special silicone mould for Instant Pot.

I’m generally not a big fan of egg white only breakfast recipes, so I wasn’t expecting anything spectacular. Oh, was I mistaken!

I loved those egg white bites so much that I started making them with just regular egg whites from eggs instead of carton egg whites. They are soft, flavourful, and very savoury.

Ham and cheese adds a much needed dimension to the plain egg whites. They are also freezer-friendly and great for meal prepping as they taste great after a few days in the fridge.

Unlike Starbucks egg bites that usually have cottage cheese, I like making mine with thick yogurt or ricotta as it makes them smooth without using a food processor, so they are much easier to make.

Exact quantities are in the actual recipe card at the bottom. If you’d like to skip the tips and suggestions then  scroll to the bottom of the post.

How to make Egg White Bites in Instant Pot

Once you have every ingredient prepped, these egg bites come together really fast.

Using some other container to cook in Instant Pot is commonly known as Pot in Pot cooking. It is sometimes abbreviated as PIP on various sites and forums.

Pot in Pot cooking is not an exact science. In fact, it is very difficult to know if the timing in a recipe that uses pot in pot cooking technique will work for you or not.

I have two different models of Instant Pots and although they cook the same regular recipes like chicken, casseroles, and sides. They take completely different time to cook using Pot in Pot method. One takes twice and sometimes even three times as long as the other.

What it means to you is that my timing of 10 minutes cooking on High Pressure and then 5 minutes of natural pressure release may not work for you!

Timing for Pot in Pot cooking depends on: material used for the container (silicone moulds in this case can have different size and thickness of the walls) and particular model of Instant Pot. For example, my Smart WIFI model takes 2-3 times longer for PIP cooking than my DUO PLUS model.

If 10 minutes is not enough and after you open your Instant Pot you see that the egg white bites aren’t cooked through, cook them longer and note the timing for future.

Can you omit yogurt?

Most likely yes, although I haven’t tried. Yogurt adds a bit of creaminess to the egg bites.

Can you use other fillings?

Sure you can! Try sun-dried tomatoes and artichokes or crumbled bacon and blue cheese. You can use deli chicken or turkey or salami instead of ham.

Just remember that egg whites on their own are pretty bland so you’d need very flavourful fillings to make the egg bites delicious.

I strongly recommend using some kind of fresh herbs, they add a lot of bold flavour. I love using dill but you could use parsley, cilantro, tarragon, basil, etc.

Do you need to spray the moulds with oil?

I find that everything I cook in the egg bites moulds sticks if I don’t oil them. Sometimes I use spray, sometimes I use oil and a brush. You could try not oiling to see if yours would stick or not.

Can you avoid using foil?

I use foil so that it prevents condensation dripping back into the egg bites while they cook. I also put foil quite loosely, so that egg bites have room to expand as they cook. And they expand quite a lot before deflating as they cool.

You most likely could use a silicone cover but the egg bites might stick to it as they expand.

How to freeze them?

Freeze the egg white bites on a plate. Once frozen, transfer to an airtight container and keep in the freezer for up to 3 months.

Remove however many egg white bites you want and defrost on the counter at room temperature or in the fridge overnight. Heat them up in a microwave or on the stove.

Can you double the recipe?

Yes, you can double the recipe and stack the egg bite moulds on top of each other. Depending on your Instant Pot, you may need to add 1-2 minutes to cooking time.

As an Amazon Associate and member of other affiliate programs, I earn from qualifying purchases.

Nutrition information is automatically calculated by a plugin and should not be considered an official nutritional information or medical advice.

This site uses Akismet to reduce spam. Learn how your comment data is processed. 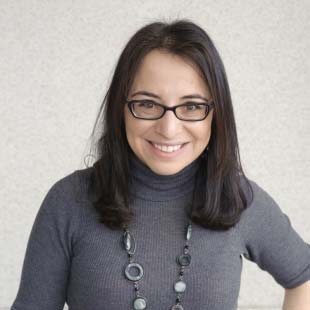 Hi, I’m Julia and I love using my Instant Pot. Here you will find all kinds of tips, tricks, and recipes – all made in my trusty Instant Pot!